More than 200,000 people have fled their homes in the volatile western regions since late last year, in addition to at least 21,000 who have fled into Nigeria, said the U.N. Office for the Coordination of Humanitarian Affairs (OCHA).

The regions have been gripped by violence since protests by the mainly Francophone country’s Anglophone minority morphed into a secessionist movement last year.

There were no humanitarian agencies in the area before the insurgency, and bad roads, travel restrictions and unpredictable attacks have made it difficult for them to go in, said Modibo Traore, the head of OCHA in Cameroon. 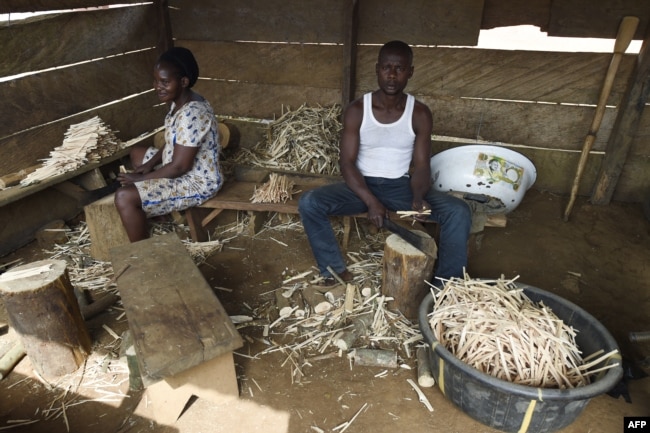 Most of the people who have fled clashes are hiding in the woods, he said. Some have bullet wounds but are afraid to venture into urban areas for medical care.

“The people living in the forest are asking for more assistance, saying that conditions are very difficult,” Traore told Reuters.

“They are sleeping in the open space … in the middle of the rainy season. Many people couldn’t take anything with them.”

OCHA released an emergency response plan in May calling for $15 million to provide food, shelter and other necessities to the displaced, but has received no donations so far, he said.

Medical charity Medecins Sans Frontieres began to set up mobile clinics this month in the southwest region, it said in a statement. The people it treated were lacking adequate shelter, drinking water and food, it said.

Cameroonian authorities could not immediately be reached for comment. The government published its own humanitarian assistance plan last month, and it was not clear whether aid delivery had begun.

“Because media access … is very limited, we don’t have a full grasp of the kind of suffering that people are actually going through,” said Elizabeth Mpimbaza, a spokeswoman for the U.N. refugee agency in Nigeria.

Those who fled across the border have also received little humanitarian aid, and are surviving because poor local communities are sharing what they have, Mpimbaza said.

Analysts fear violence could increase ahead of an October election in which President Paul Biya is aiming to extend his 36-year rule.

“I am very worried about the situation,” said Traore of OCHA. “Unfortunately, we are not expecting any improvement anytime soon.”

AFRICANS RISING URGES THE GOVERNMENT OF CAMEROON TO STOP THE KILLINGS!

Why are young Southern Cameroonian men taking up arms to...

Young men are leaving everything behind to take up rifles to fight for the new state...

Human Rights in Cameroon - A Call to Action

The Tom Lantos Human Rights Commission held a briefing in the afternoon of Friday,...

Cameroon's government says the number of soldiers and police killed while fighting...

The Ambazonia Secretary of the Economy, Hon. Tabenyang Brado has told Cameroon Concord...

A Special Edition of the President and the Press

Watch a Special Edition of the President and the Press. Special My Trip to Buea...

A senior Francophone political elite has hinted Cameroon Concord News that the Paul...

English-speaking Cameroonians have condemned a plan by the international football...